I understand that a picture per day is pretty hard when it’s cloudy outside – or when you are stuck inside day in day out, or when you’re depressed and cannot really see the point.

But here we go. Things happen nevertheless. I went for a cheer-up ride to Espoo (the horror), more precisely to the gateway to Suvisaaristo, and even more precisely to Matasaari. There is nothing particularly exciting about the space, maybe the chapel (the red house pictured below), the sheer number of couples getting married in here and the fact that there was no-one to be seen. With an exception of an elderly couple fishing. 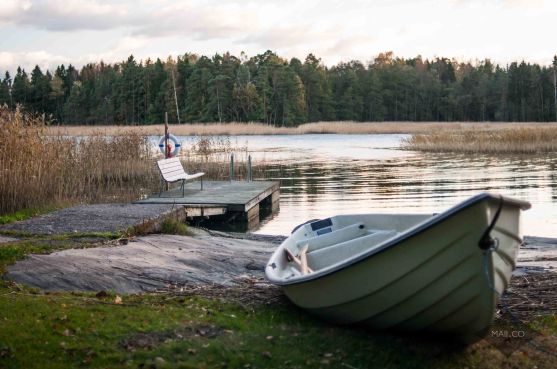 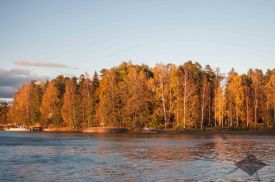 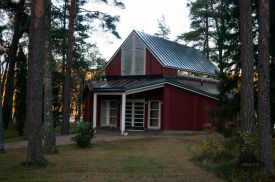 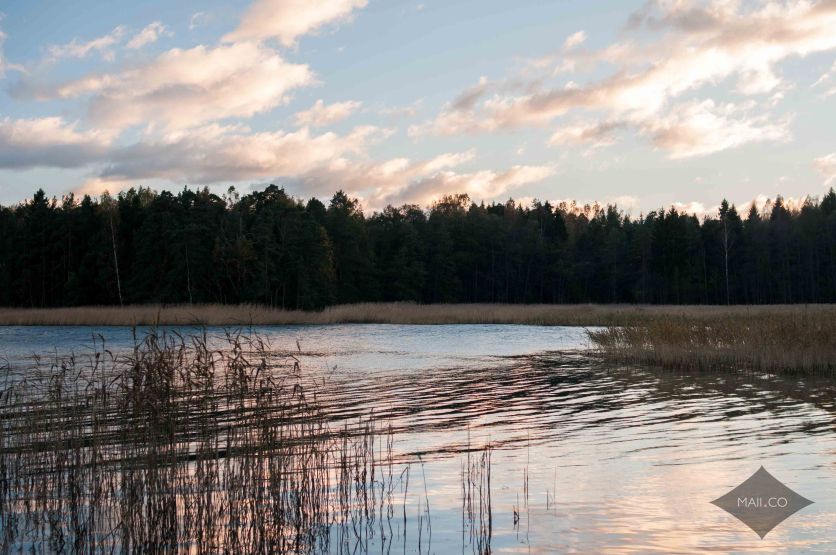 And a bit of summer reminiscence. A dried-out waterfall (algae really) and the last purple of the year: 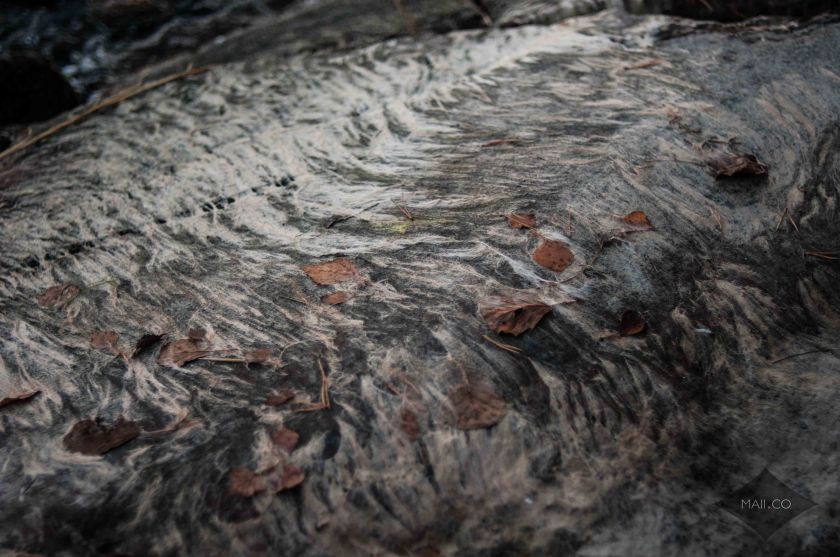 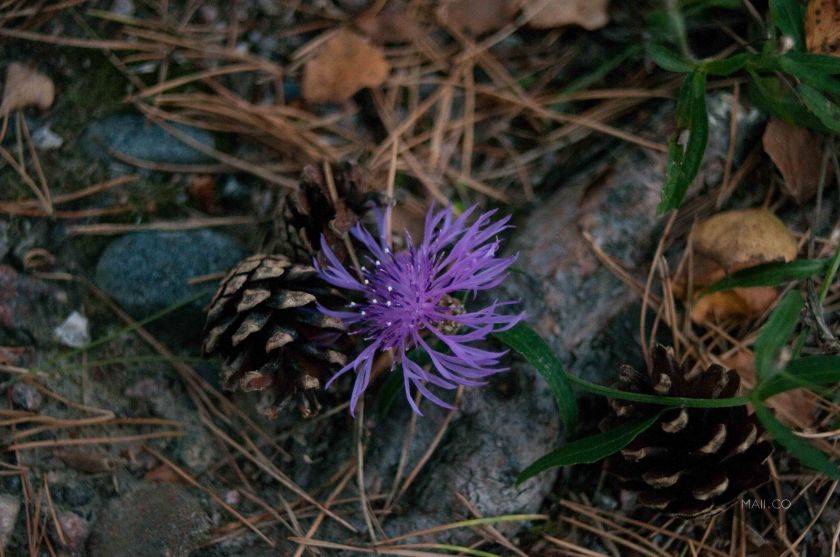 Oh and today we visited a place many Finland/Helsinki-located folks must have passed: it’s just off the main railroad between Helsinki and, well, anywhere really, just off Pasila stop. The place is not unlike Villa Mehu we visited a few weeks ago, except for that it is less artsy, less over the top and reachable by public transport, and it is known to the locals as Kivilinna. A complex of one-woman-made simple building and walls made out of stones found around Pasila, an attempt to live on one’s own and build an alternative world, disturbed maybe by the passing-by trains. A popular place to visit by old and young alike. It has made it to the news a few times recently, mostly because it has been fenced and people have been showing they disagreement. Now. Why. Unless you are blind, drunk or totally irresponsible, the place is no more dangerous than any other foresty OR urban jungly spot in Pasila… thankfully the locals took matters in their own hands and the fence has been quasi-professionally opened for anyone curious enough… a big thank you to you! 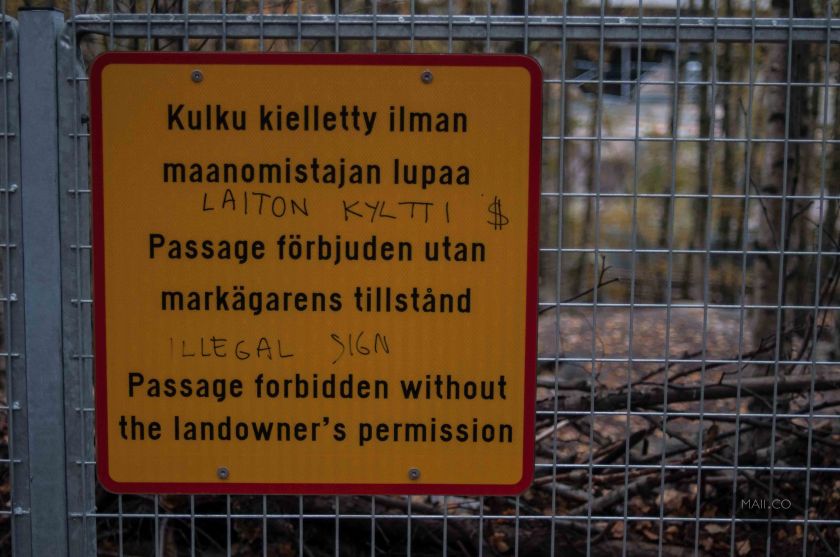 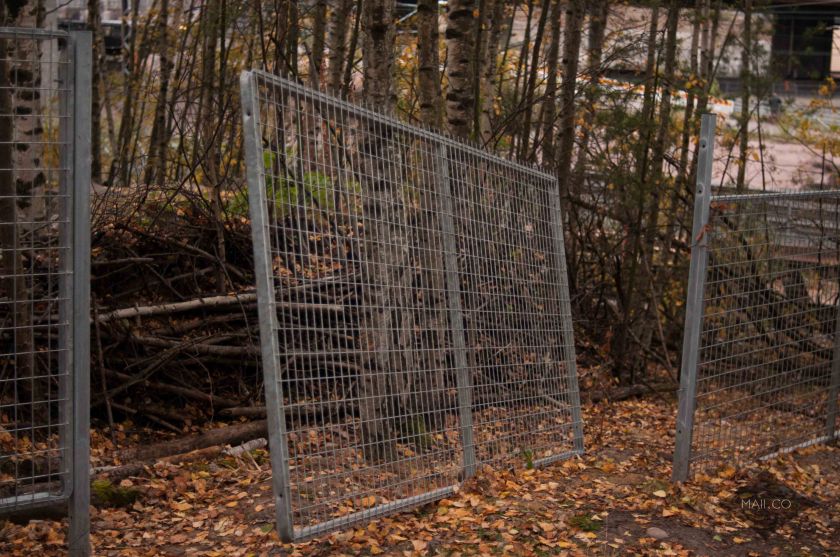 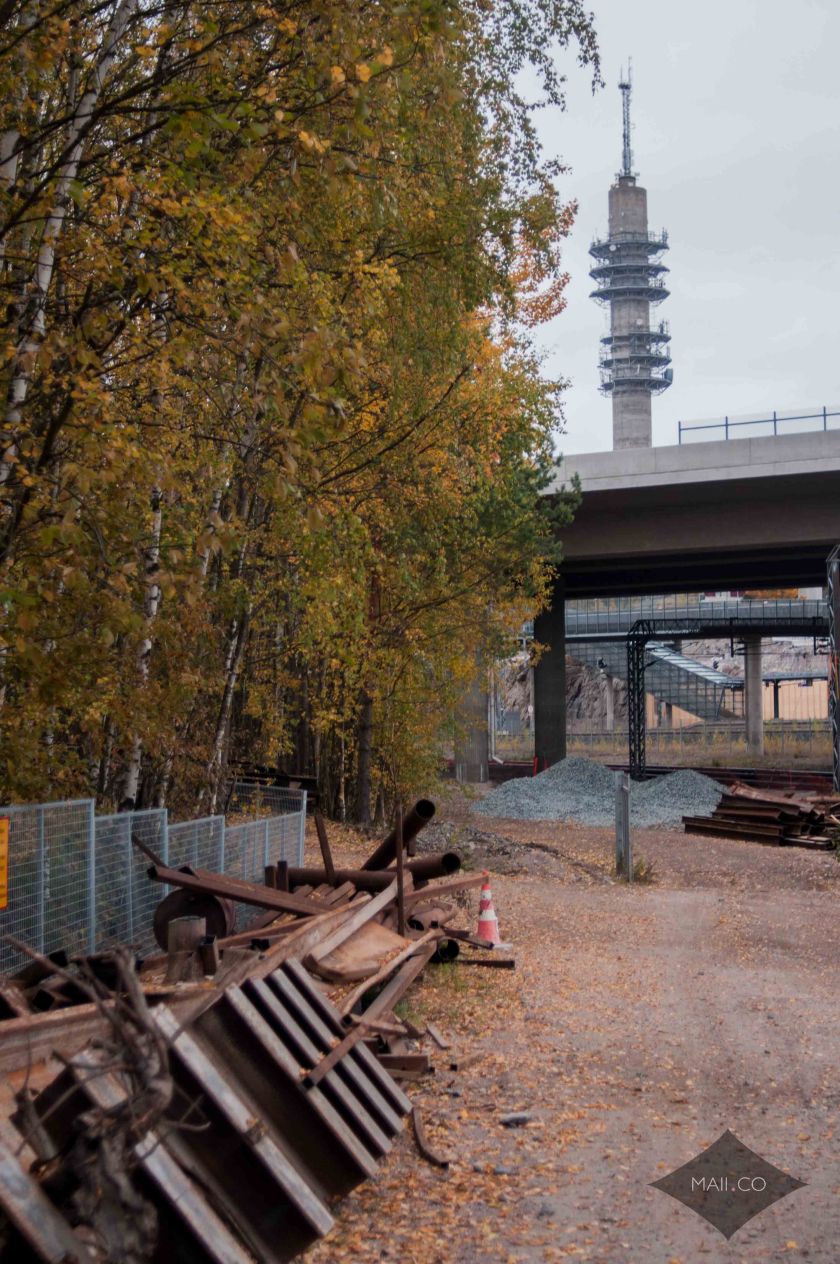 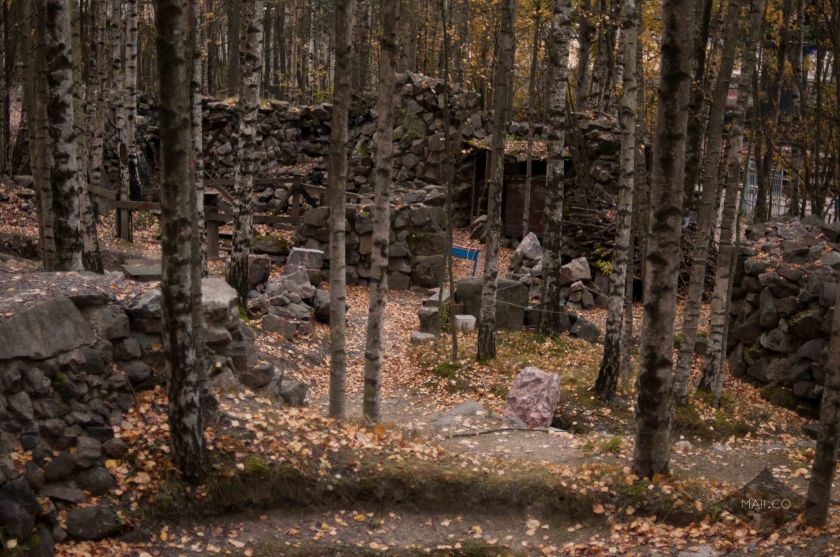 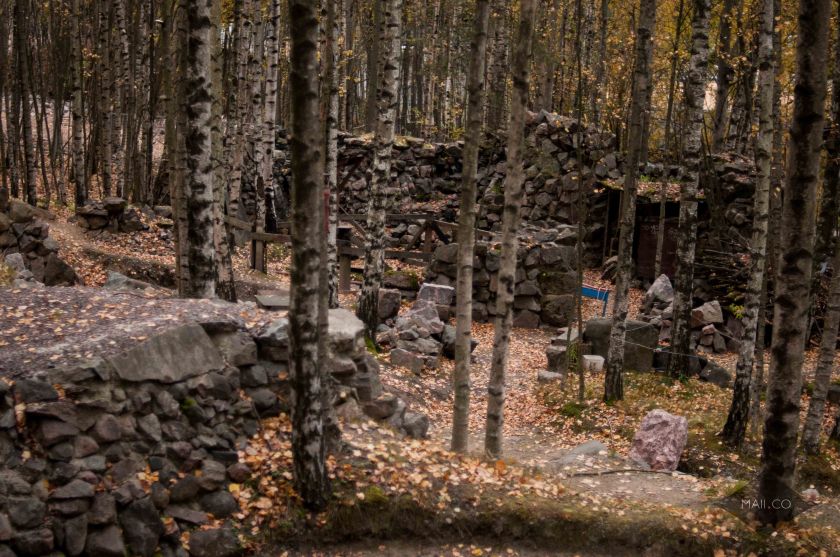 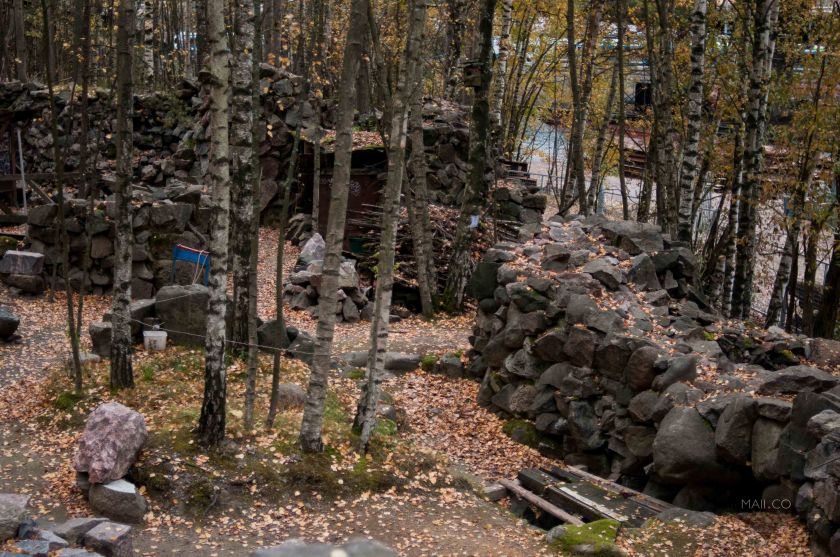 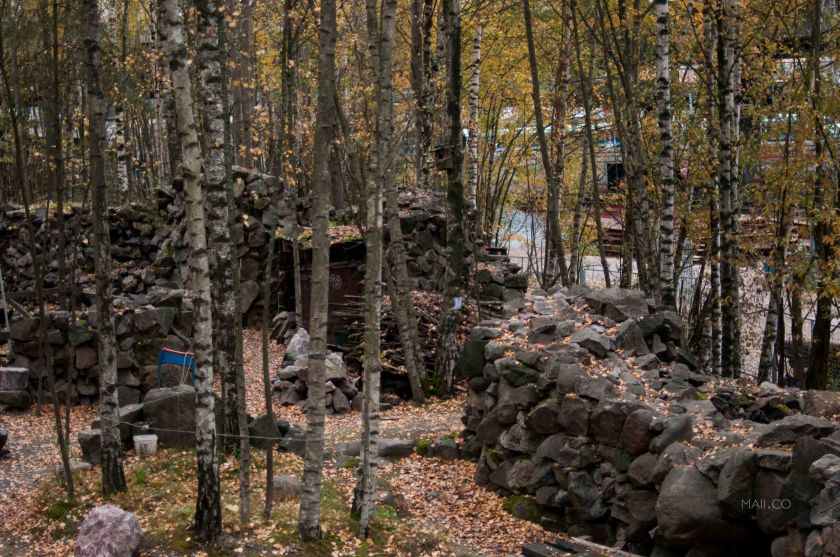 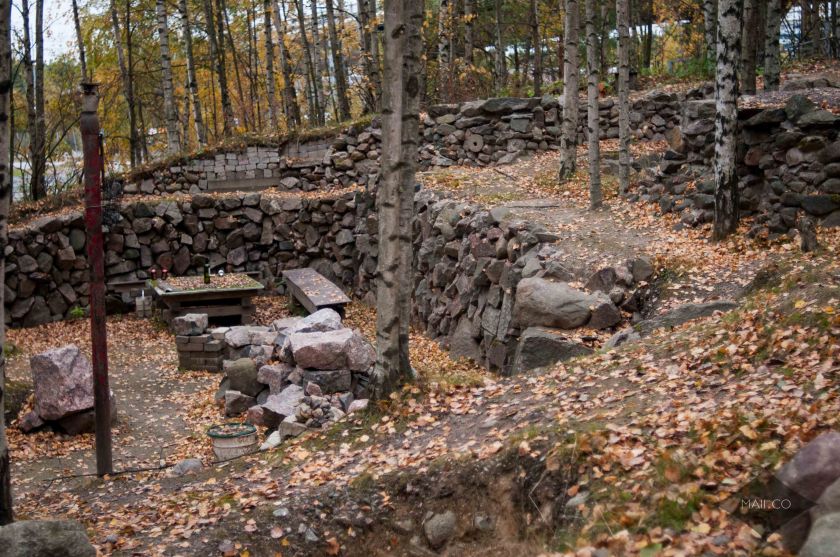 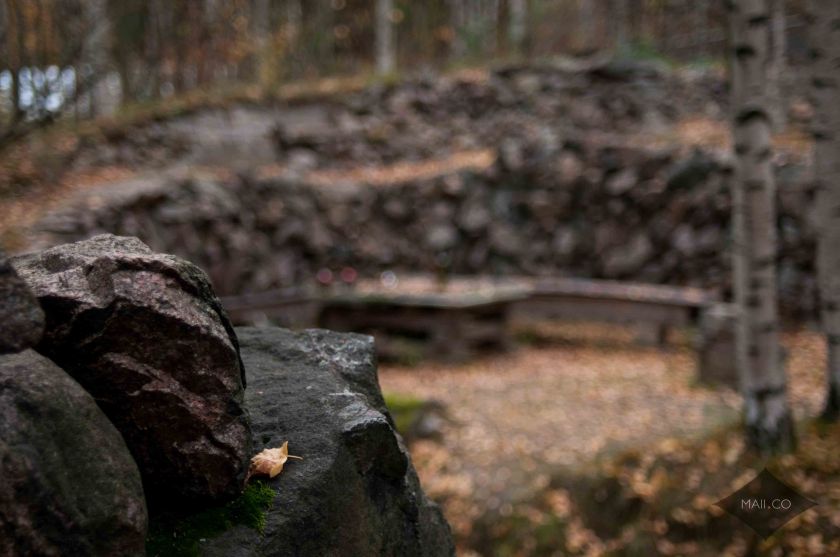 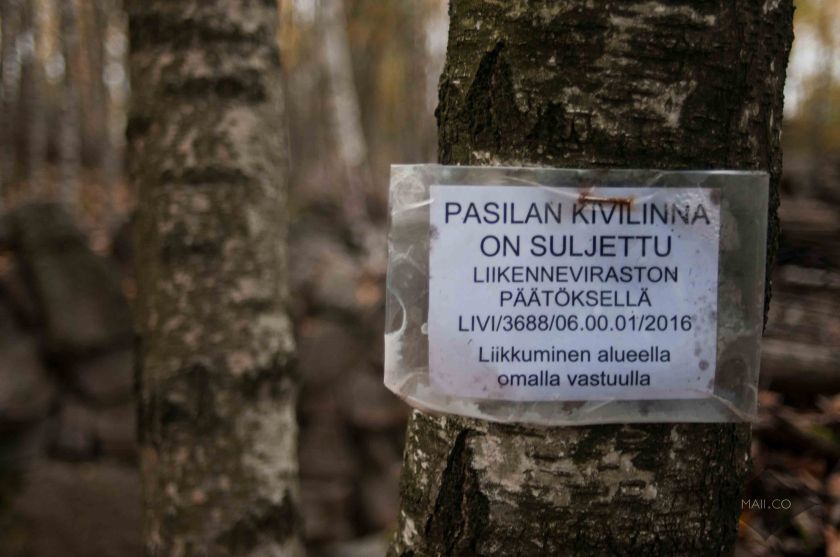 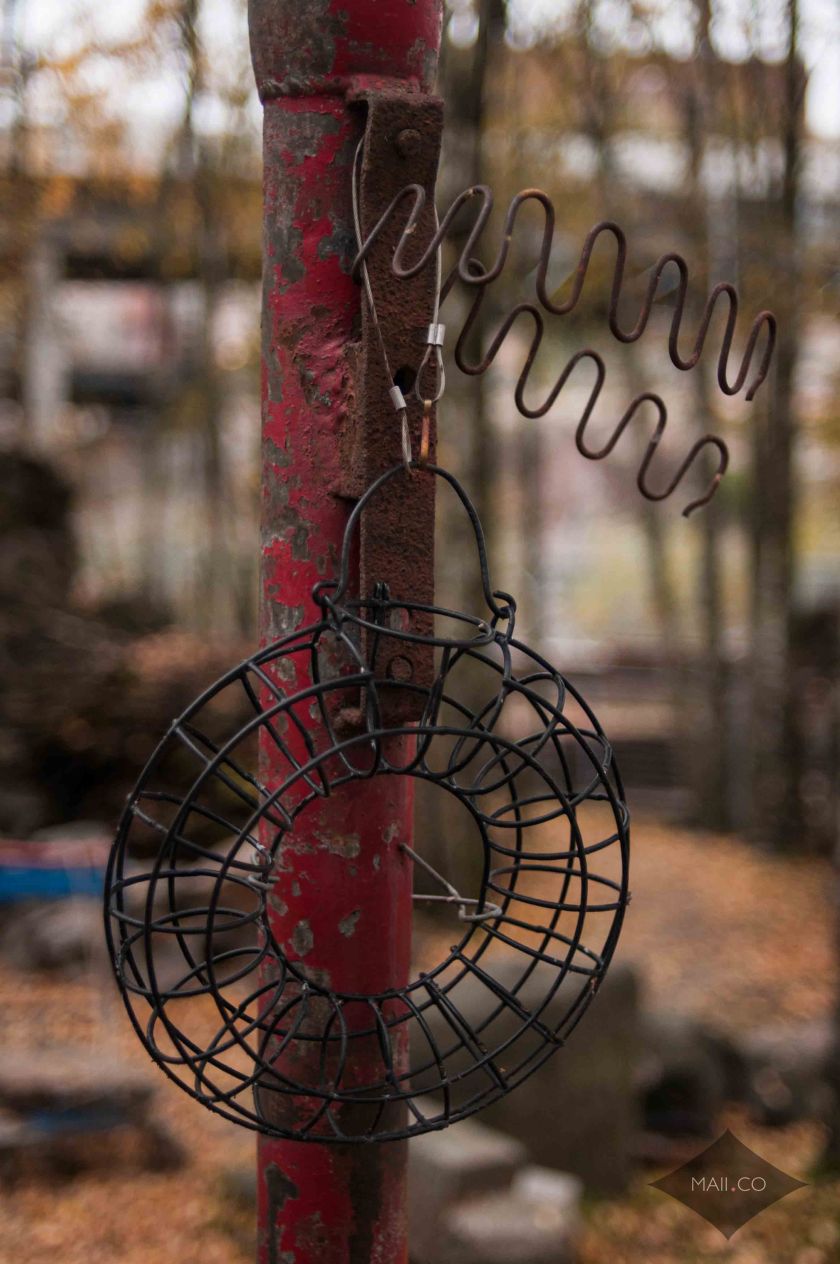 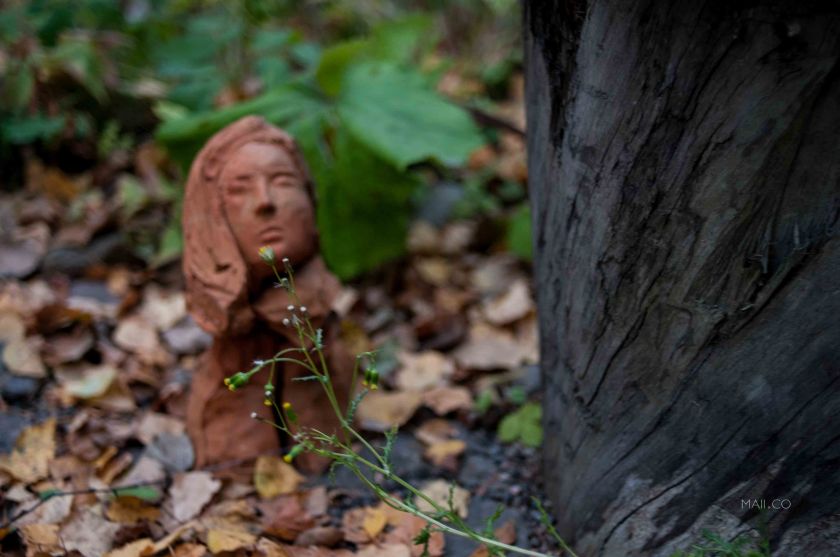 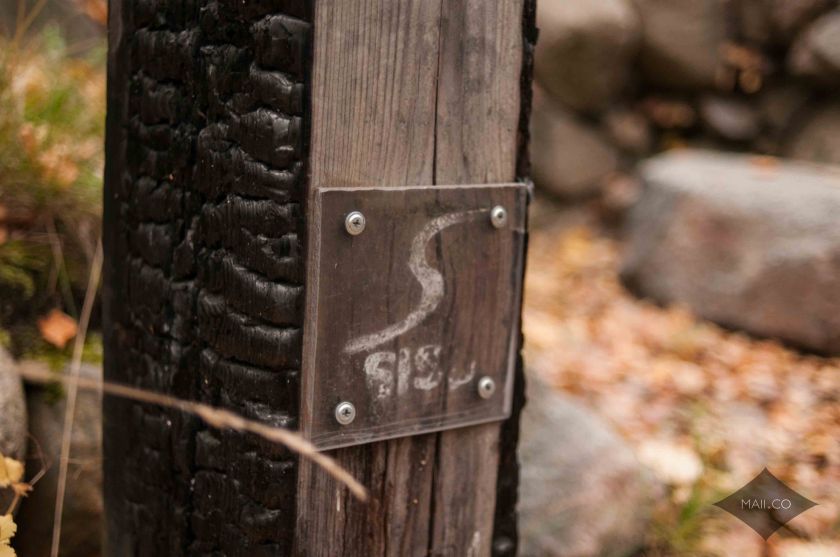 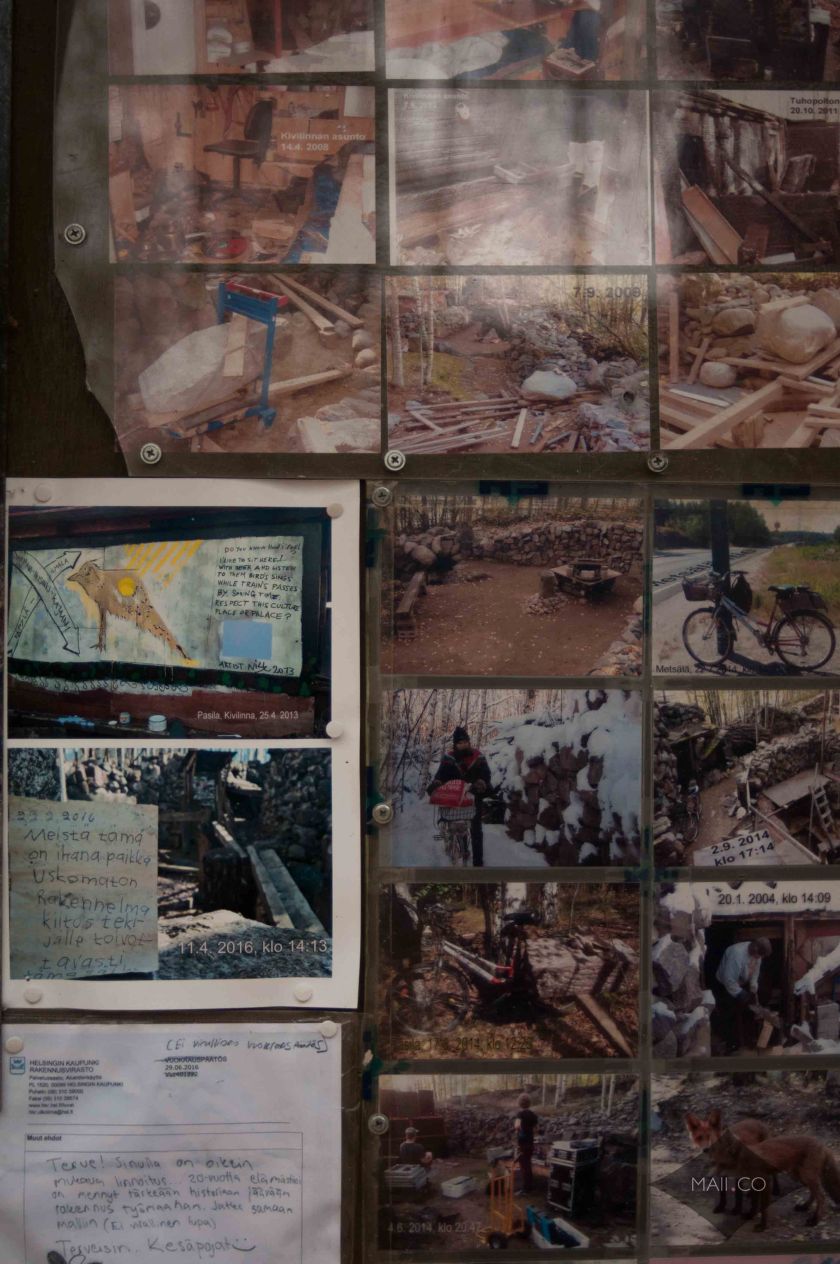 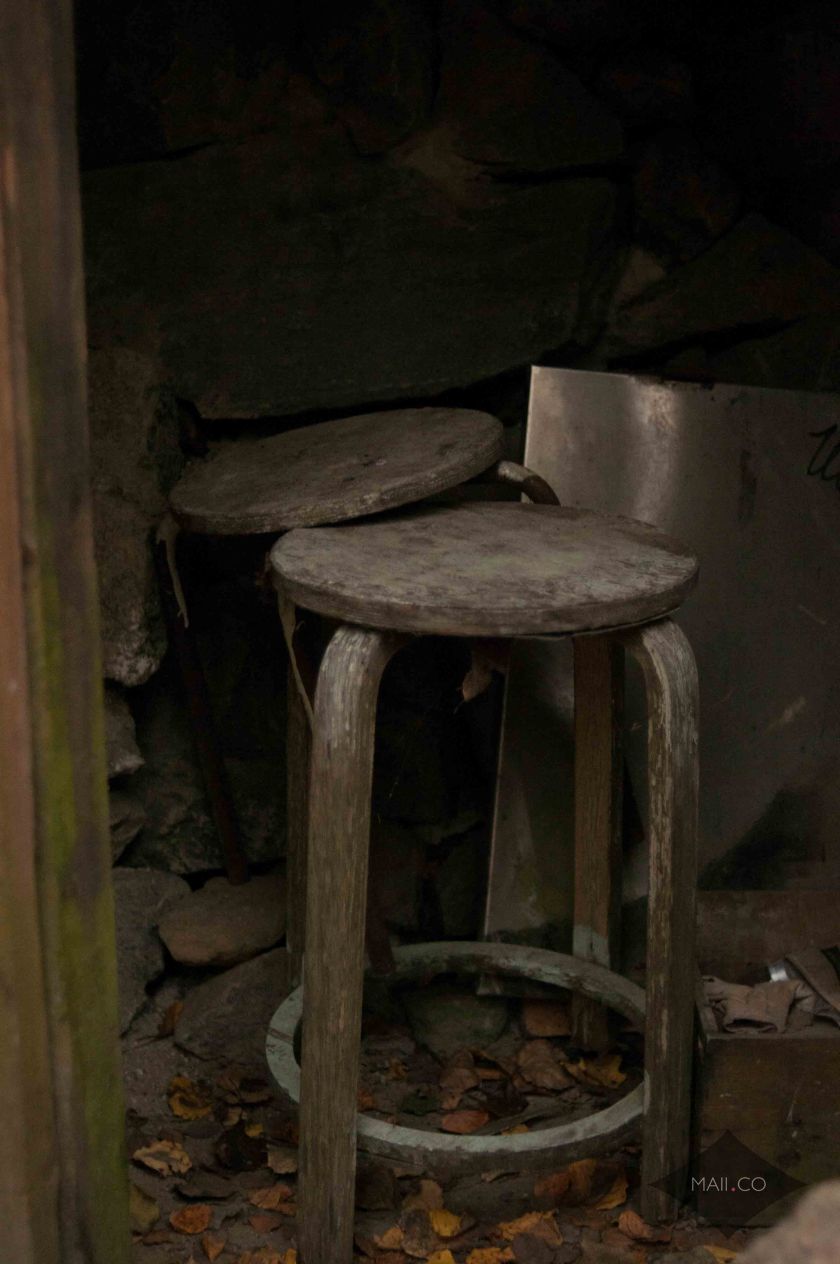 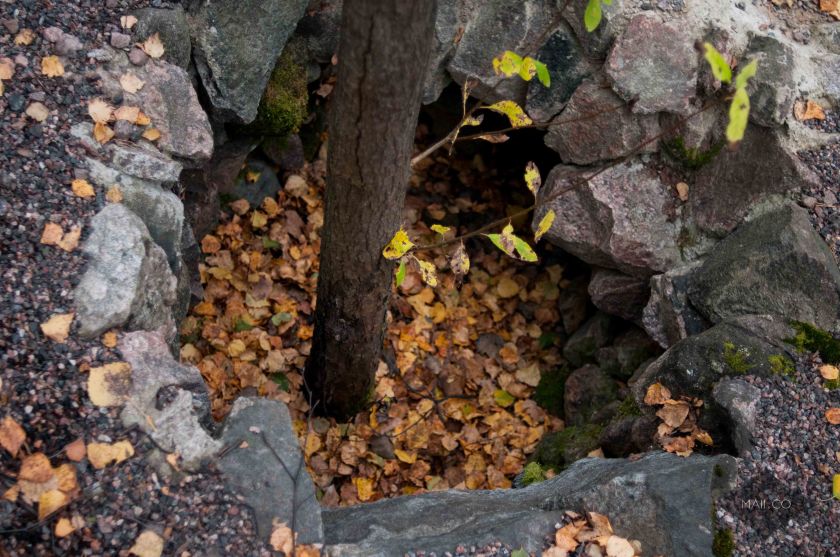 Oh and I need a dog. Or a baby. And I need either of those even more after visiting the Rescue dog event in Suvilahti on Saturday. Those soft paws, kind eyes, thankful hearts and therapeutic souls, how can you… how can you enter and not fall in love with one, regardless of their “family” or placement status. 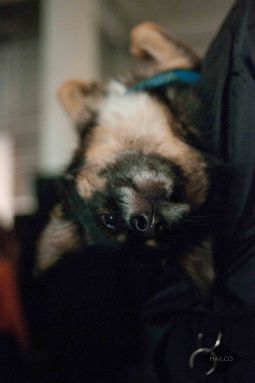 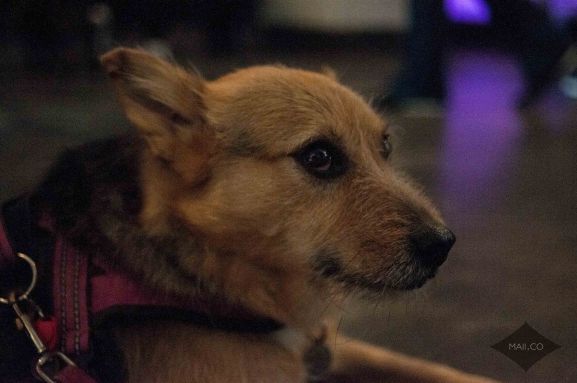 (… and a little urban landscape shot from Suvilahti🙂 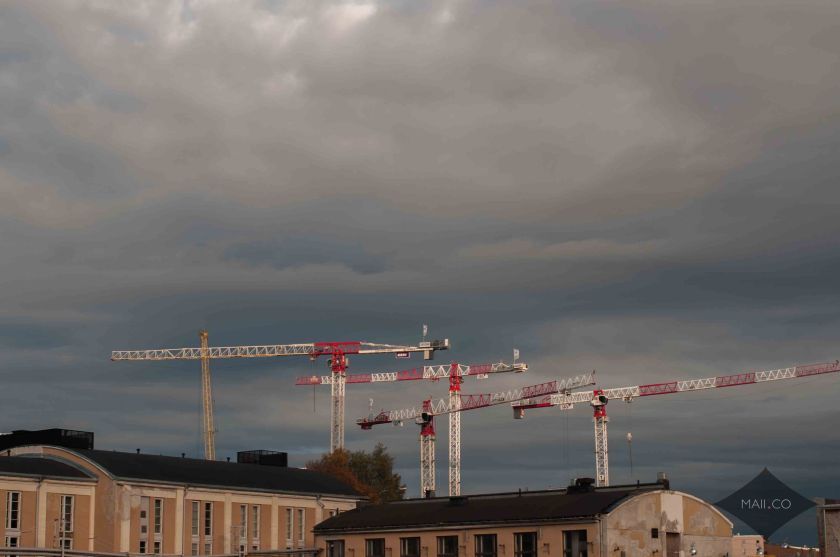 How is Finland otherwise? Ah well, getting cold, dark and more and more Christmasy. The first Christmas decorations were spotted in mid September, there are more of those to be seen. The one major wintery thing missing is sweets: I can’t wait for Lidl and their German Christmas/Winter goodies! Nomnomnom, marzipan and ginger-bread (and random liquor in combination with chocolate)!

I’m afraid I have quite a week ahead of me and it makes me feel partly excited and partly paralysed with fear. Avail or not. Disappointed or what. Hopeful either way, as this too shall pass and the things will start looking better soon? Right?

Warning: this article is on immigration, I did succumb, I know.

Hopefully it is just a coping strategy and people are not surprised for real over the recent/ongoing immigration wave to Europe. I know, it is a completely new situation for all of us and getting used to novelty takes time.

But does everyone actually think that the West will keep on living forever from the East, their cheap labour and their restrained political power (how much can one change in a country with no functioning state, with no power)? That people in countries devastated by war, famine, political experiments will just silently continue to suffer, struggle and hope for the best while we are either exploiting their labour, participating in war conflicts in their territories or ignoring them in oblivion?

Looking for solutions outside the we are accepting the unfair order of the world, that people’s destiny is sealed with the moment they are born. That if you happen to be born in Afghanistan you have about 15% chance you will get (provided you are a boy) primary education. That you will probably never be able to leave the country “the legal way” – and that is the moment the people smuggler mafia steps in (I wonder how much has been done in fighting the smugglers prior to 2015? How many people are on the spot, spreading information about living in Europe, etc.?).

It is natural to be afraid, it is also OK to be somehow short-sighted for some time due to a lack of perspective, but I think enough has been said and written and filmed in order for us to overcome the anger and disillusion. The concept of European nation states, social and political security, cultural policy, the concept of European citizenship and refugees, these all are changing, yet the change doesn’t have to be a negative one and this time WE can shape the further scenario, learn from the abroad and the past while looking out into the future, using logic and ethics and bearing in mind principles of humanity.

The solution to the current situation, whatever it is, and yes, we need a solution because no party is happy right now, can have two possible outcomes: it can help us change the world order for once, bridge this discrepancy between the West and the East, North and South, stop us living of the people’s misery which we buy with every top from a high-street brand (or a piece of food we waste). Or the solution we are looking for now – and this solution would include creating Fort Europa and other extreme measures – can deepen this divide even more.

We are celebrating a windy and stormy independence day today, and I cannot stop thinking of those who have less luck than I do. This could be due to my contact with the asylum seekers, or through my travels in Russia, or just due to my own experience with illness and powerlessness, I simply feel that I have become much more aware of the fact that many people (some of the much closer to us than others) are suffering and it is not their fault, not their choice.

One doesn’t really wish for presents on the Independence day, but if I only could wish myself something it would be the wish to make people more aware of others. Give them a chance instead of trap them in poverty and insecurity. You can do much more than you think – buy less, waste less food, try to connect to those fleeing to Europe in a hope of a better life just like I did 10 years ago.