I’ve seen better as well as worse days. More of the better ones fortunately. I’ve been lately paralysed by a mixture of depression, shame and being all jittery and panic-hit by work or responsibility. I wish nobody in the world would have to go through these phases, but hey, at least it makes me feel like I’m fighting to live this life which to be honest is not all that bad.

Now, what’s been up:

In order to combat my lack of commitment and willpower I’ve picked up exercising. Jillian’s 30 day shred to be more precise, in addition to boxing and yoga and occasional jogging (no bull). I’m on day 9, I *think* I can feel the results, but that’s not the point.

I’m continuing to live in a more environmentally friendly way, because clearly it is the only reasonable choice, and because I do believe that the nature has answers to many of our needs. I’ve been getting rid of my clothes – those I didn’t really wear anyways, and those which were produced in circumstances far from my liking. I’ve been giggling at some consumer industries creating the need to buy their products. I’ve finally discovered the combination of facial care brands and products for my dry to combination sensitive skin.

I’ve been doing some work, too. Transcribing a bit, translating, writing and graphicdesigning.

I’ve been exploring Helsinki and writing about it.

I’ve been taking pictures at really weird locations. For example we went to Karkkila for no real reason…

… and there were some bizarre museums of what-on-earth which are only open during summer season. Well. The season had ended obviously, we found a chucked-out display case WITH EXHIBITS. 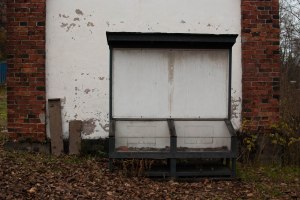 For example. Well things happen and wild creatures are in Helsinki.